Location: RM Memorial Garden, Eastney
Country: United Kingdom
Notes: This plaque provided by Portsmouth City Council was unveiled by Marine Bill Sparks DSM on 6th July 1992. In the presence of the Lord Mayor of Portsmouth Councillor Jim Patey and the Chairman of the Leisure Committee Councillor Syd Rapson BEM, to mark the 50th Anniversary of this site which was used as a training base for the Royal Marine Boom Patrol Detachment, formed on 6th July 1942. This secret unit trained on the Solent for raids by canoe (Cockles) on Europe. The most famous raid was made on German ship 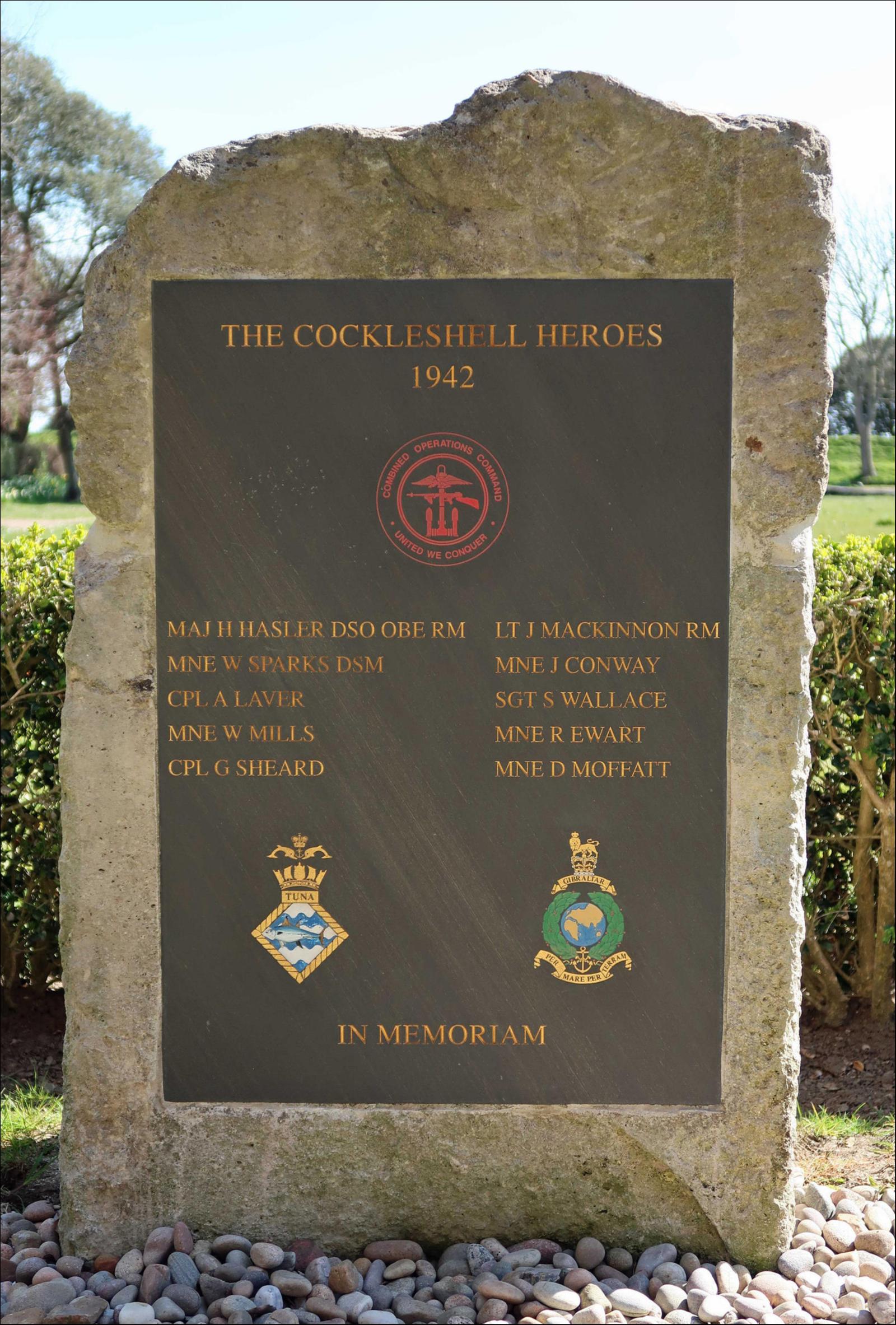